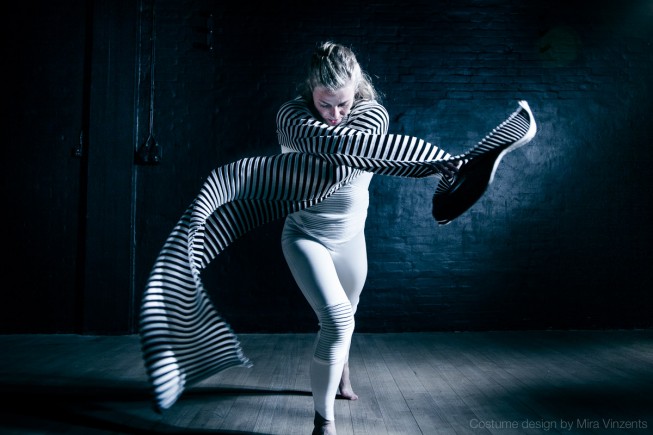 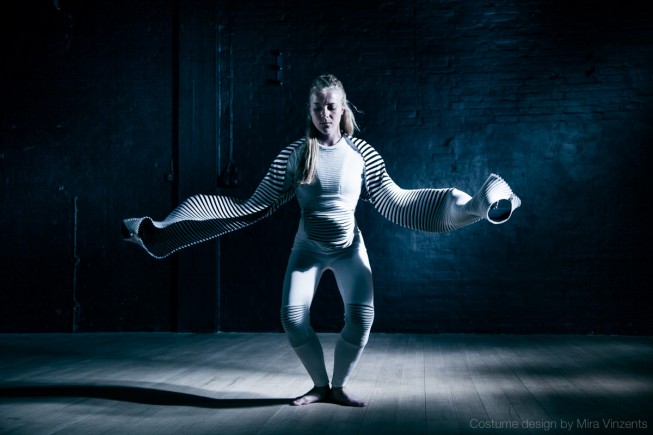 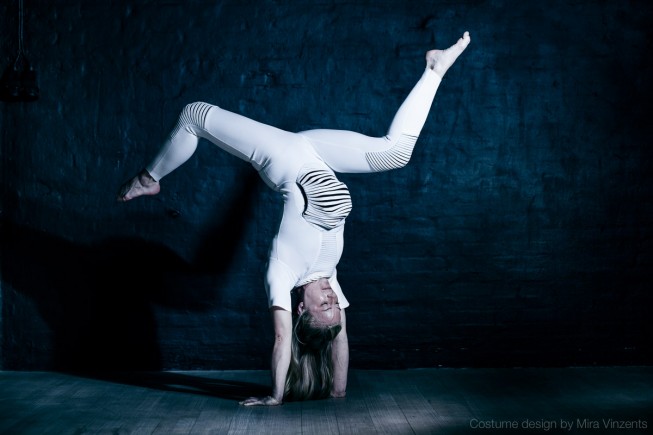 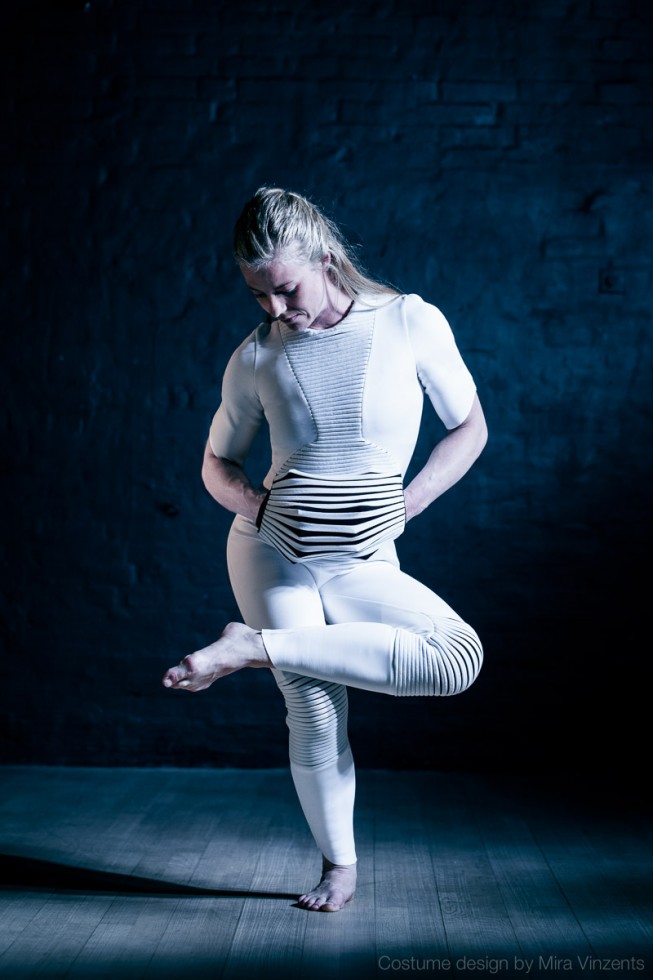 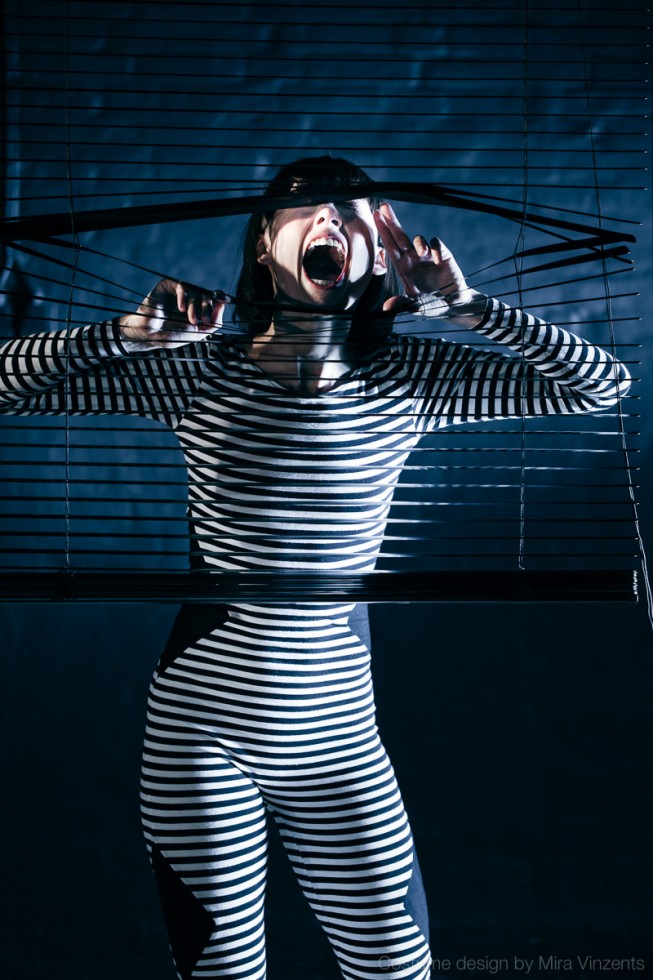 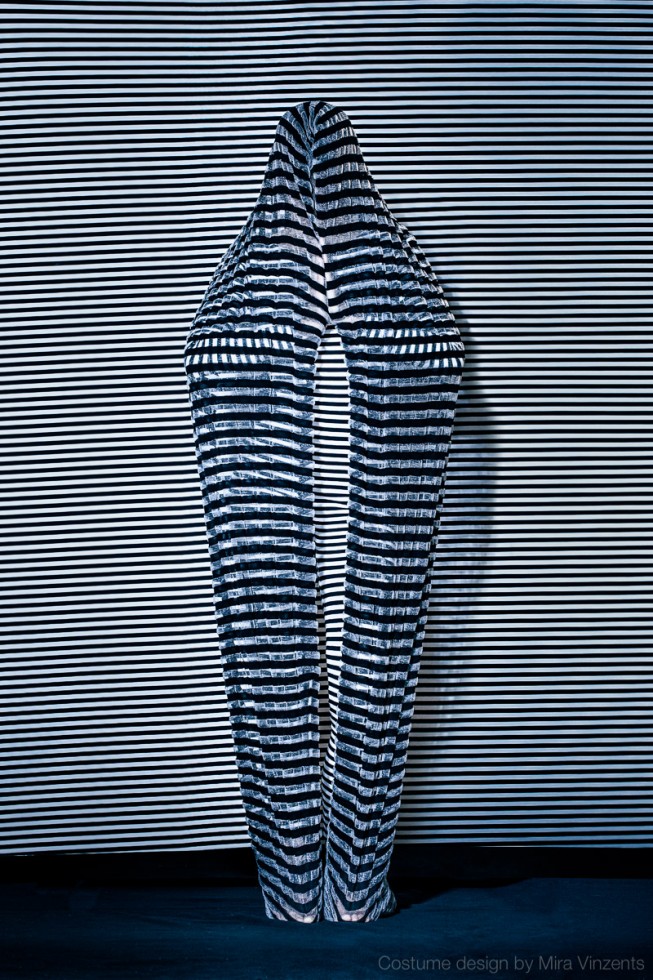 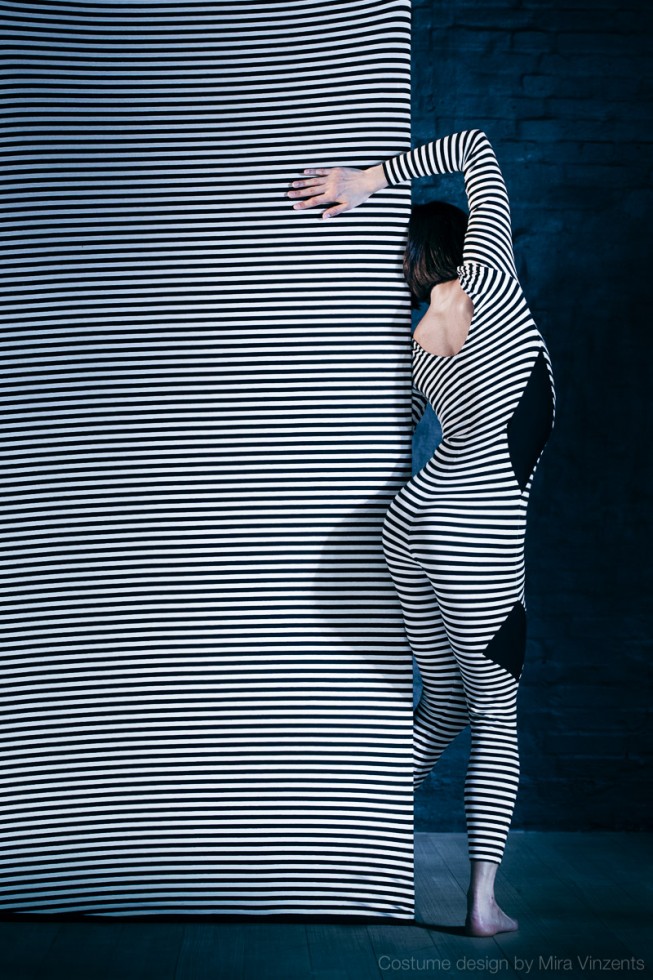 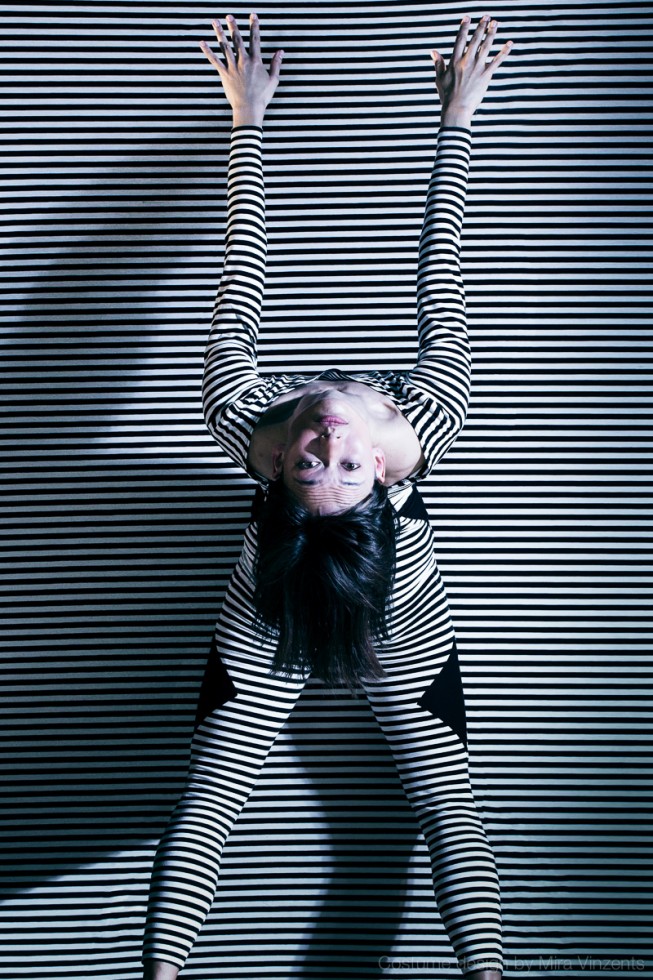 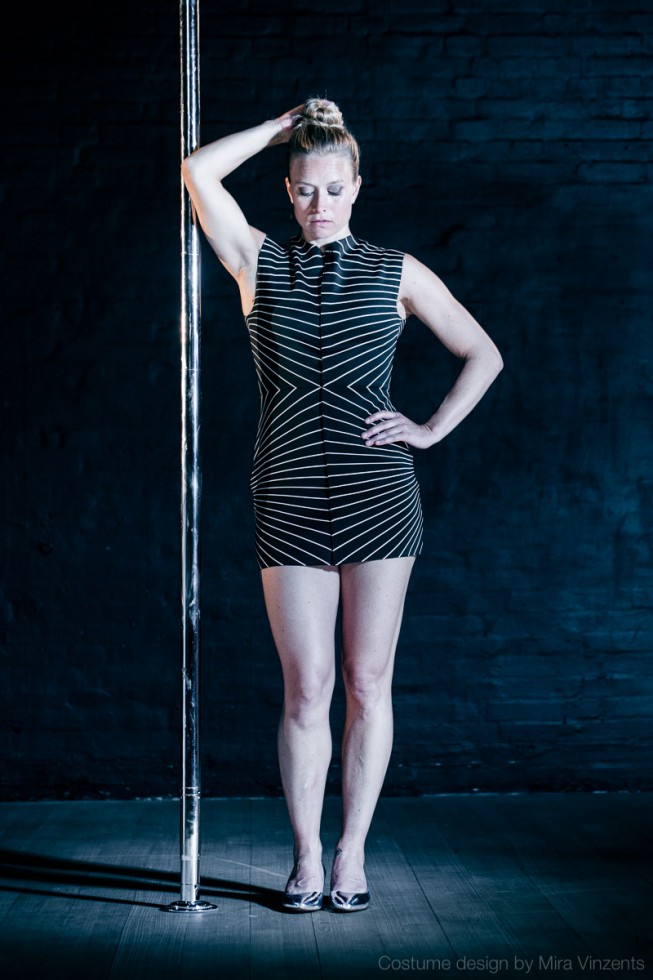 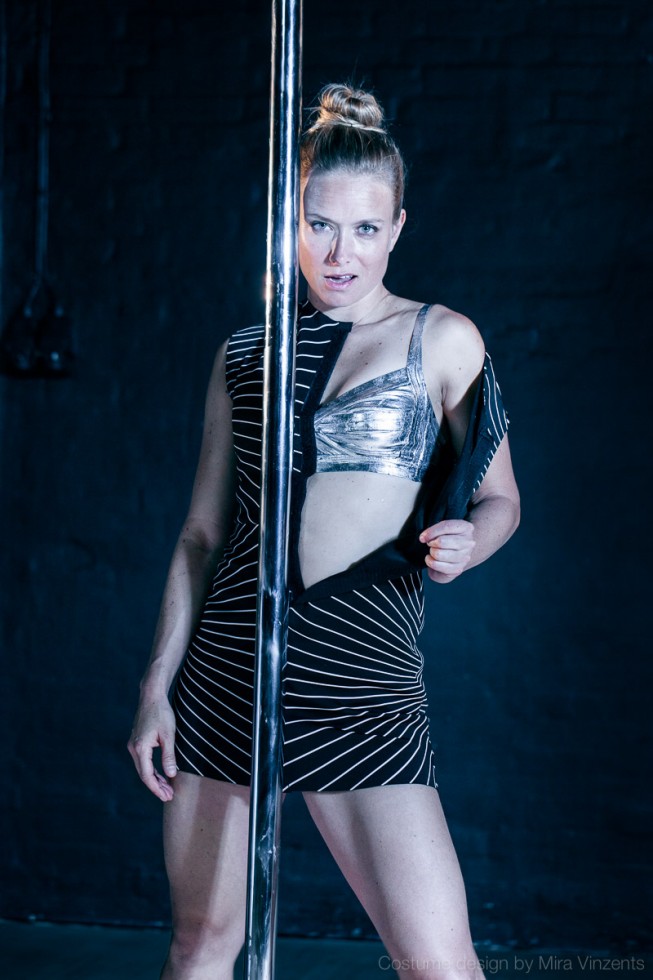 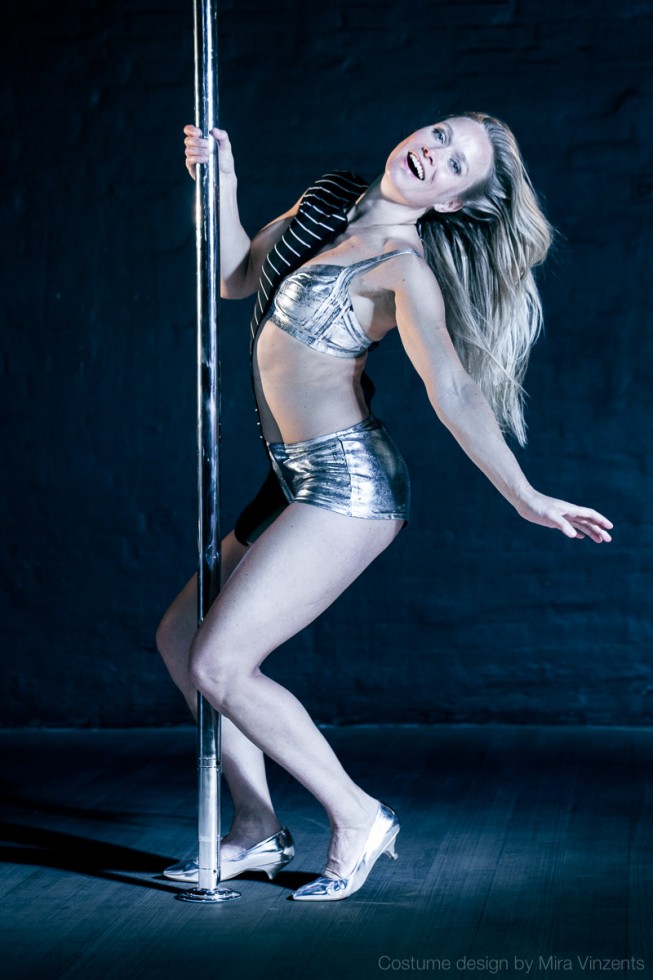 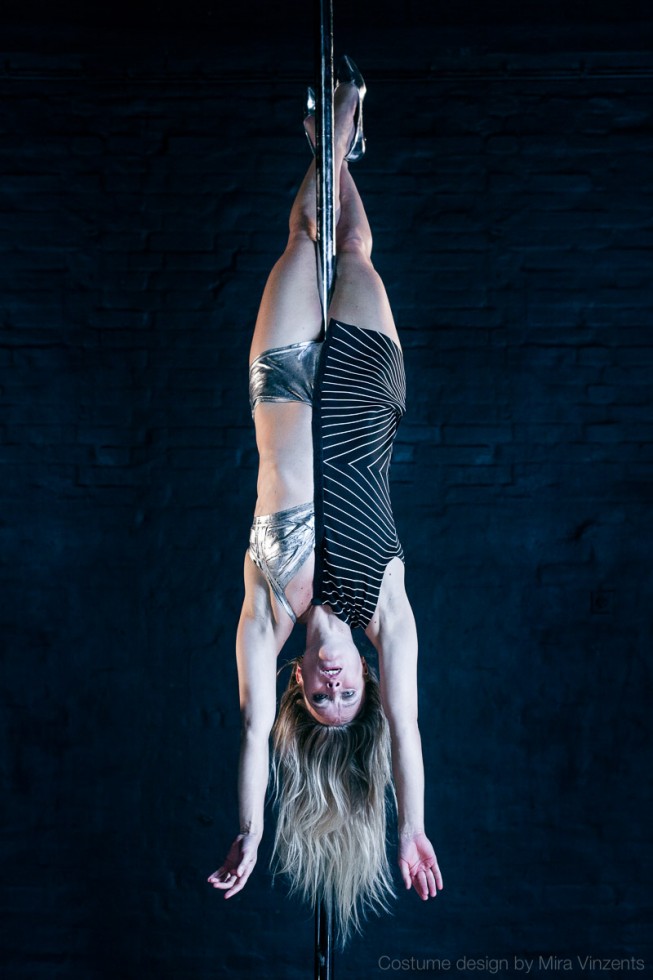 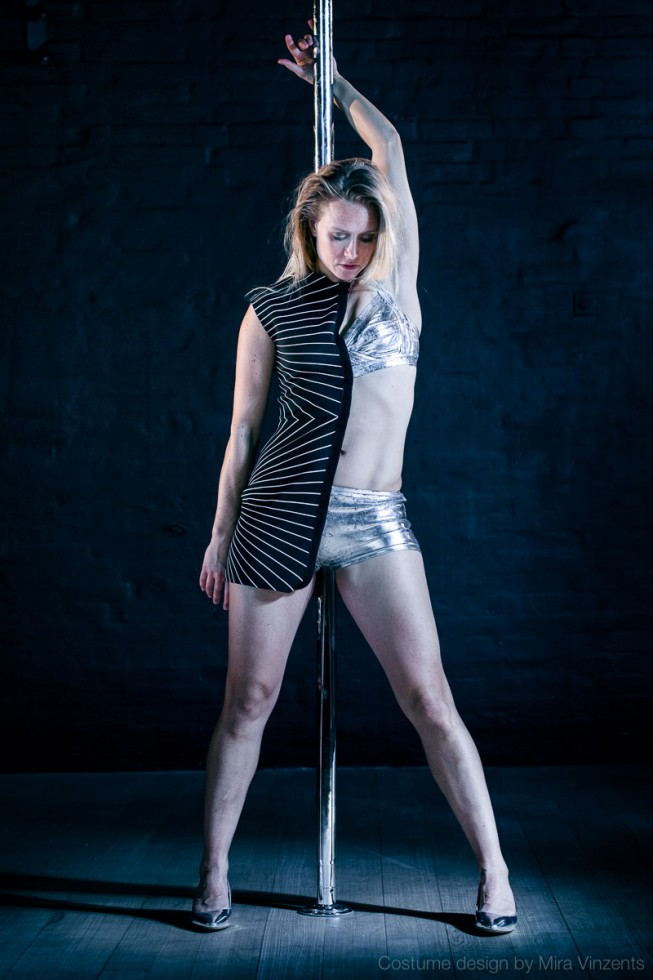 ‘Spejlbilleder’ is bodily everyday stories about the honest, identifiable and self-ironic woman in 2015.

The costumes emphasize the women’s conflict between self-reflection externally and internally. Visually I have worked with optical illusions such as moiré-effect and distortion illusion, which help to illustrate the characters distorted (mirror) images.

In the movie you see the following 3 characters. The involuntary childless woman, the self-employed business woman and the introvert perfectionistic woman.

The costumes relate to the body and movement, as it is a very physical performance. They are flexible with different textile surfaces in digital knit and analogue print that emphasizes body movements.

The performance, and the last 3 costumes are still under development, and premier date is yet to be determined (in 2016).

“As a textile designer specializing in costumes I think it’s interesting to explore the properties of the textiles to emphasize the performers movements and to tell a story.”